EXCLUSIVE: This is Kae The Goat and Droopo

Emerging from Melbourne’s notorious South-Eastern Suburbs are two of the most notable artists, Kae The Goat and Droopo.

The pair have even received an extended amount of praise from the United States, after being spotted by Audiomack’s Creative Director, TGUT, while down under in 2018.

Since then, the close collaborators have gone on to release several tracks exclusively to the U.S Hip-Hop giant’s listening platform, where they’ve racked up hundreds of thousands of streams.

One of these singles, ‘DEX UP‘, is expected to drop (April 3rd 2019) on MTV’s Call & Response Hip-Hop program, where the highly anticipated music video will go live.

Furthermore, the visuals are set to give audiences across the nation their first taste of a four-track collab EP from Kae The Goat and Droopo titled, ‘Locked In‘ (due this coming May). 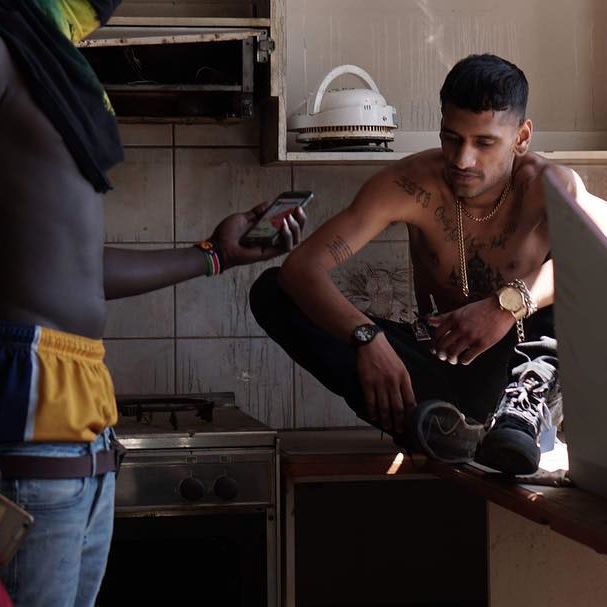 With this forthcoming  project and new EP on the horizon, TLF managed to link up with Kae and Droopo to chat about their journey so far, their influences, all things ‘DEX UP‘, what’s in store for 2019, and more! You can read our full interview below:

(TLF) First off, I wanna say that I completely admire the energy and efforts that you have both brought into the local culture here! Tell us, when did this journey begin and how would you describe yourselves in terms of artists?

KAE: For me this journey began back in high school days, I just wanted to post videos on Facebook of me rapping and the first one I posted hit 500+ likes in a few weeks, so I kept pumping videos out. I’m a versatile artist, you’ll never catch me doing the same flows, melodies, and on the same beats. I’m constantly switching it up.

DROOPO: As early as I can remember music has always been a huge part of mine and my family’s life. I used to write a lot of poetry and narratives;  I had always been told I was very creative. Then one night at about 14-years-old I was smoking weed with my friends, freestyling over ‘Brain Cells’ by Chance The Rapper, and I thought I could try write something, and that was my first song ‘ACID ADDICT’. I’m a very dedicated & versatile creator. I like to experiment with as many different sounds as I can, so I can’t be placed in a box of “rappers”, cos I’m more than that. Wait on it, you’ll see.

(TLF) Who are some of your biggest influences and where do you draw inspiration from?

KAE: Da Baby, Gunna, Thug, Moneybagg Yo, NBA Young Boy, Uno The Activist. My inspiration comes from listening to new music, from my favourite artists, to local music all around Aus. Whenever I hear something crazy I always wanna write something better.

DROOPO: Lil Wayne, DJ Khaled, Wiz, Eminem, Tupac, Biggie, Mac Miller, Justin Bieber,  MJ. These artists have influenced me to be the best I can be n finally one day be able to call them peers. I’ve never wanted to be a fan. I draw my inspiration from my family, always wanting the best for them is what drives me to succeed. To be able to get to a point where I can provide everything needed for them. 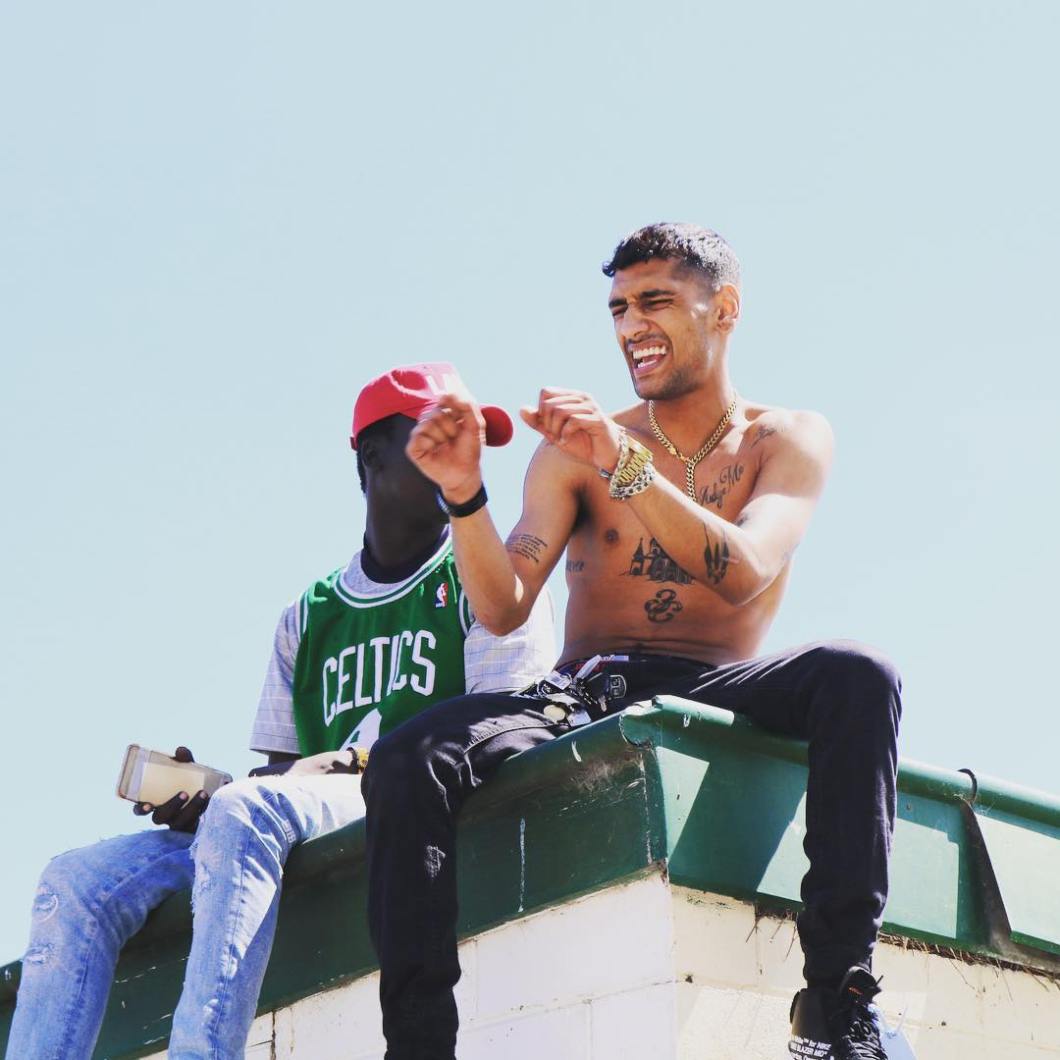 (TLF) What have been some of your most memorable moments so far and what do you wish to achieve in the years to come?

KAE: Studio sessions always a vibe. Just the whole experience of being in this scene, meeting new people, playing shows & kick ons backstage. From meeting girls in the club to now label meetings n shit. I’m just trying to gain and maintain for now cos the future gonn be LIT.

DROOPO: I remember my first show n how trash I was haha!! Nah fr when I linked up with my brother Kae, our lives changed forever. People used to say we wouldn’t be shit but now we got big bros like Junor n Matthew Craig believing in us & I know in years to come I’mma achieve nothing less than I deserve. God has a plan and it will unfold as it’s meant to.

Congrats on the release of these highly anticipated visuals for your track ‘DEX UP’, tell us what the vision behind bringing it life and how did it all come together?

KAE: We wanted to show the world what life in the burbs looks like. On the real, we still just some young n***** in the hood having fun round the bando trying‘ make it out. That scene on the building top floor tho, that’s our future. Lookin out over our great city from the top, no longer in the streets. KD4DT.

DROOPO: Yo thank you, I appreciate that fr. It was pretty natural, I penned the hook n so we cooked one day at the crib n this song came out in just one session. We originally dropped this lowkey on Audiomack mainly to American fans n it kinda blew up there so we decided it needed some visuals to go widdit. This is all super street tho, you’d be amazing what we could do with an actual budget haha.

(TLF) I love the way you guys flow off one another with the vocal deliveries too, how did that come to be?  Do you both write your verses together?

KAE: We always write together, it’s light work… This is what we do! Just give us some proper beats n some decent loud n we can do the rest.

DROOPO: Yeh it’s actually super crazy, we never really try force anything, our chemistry is just off the charts when we’re writing together. We go bar-for-bar n then just structure the track to sound best. It’s mad smooth

(TLF) What can you tell us about your upcoming 4-track collab EP? How did this project come together and what type of tracks can we look forward to hearing?

KAE: This EP is called LOCKED IN. Fr we know we’re about to be locked in to this rap game real soon, it’s just a matter of time, n so this EP is a teaser of that.

DROOPO: Yeh there’s four songs on it; 2 collab and 2 solo. Some turn up n some slower stuff. This EP will give people the slightest taste of what to expect later in the year when we going hard. Don’t sleep.

(TLF) Lastly, are there any more shows, releases or announcements the world should look out for?

KAE: Yeah there’s heaps. But can’t give too much away rn haha. I got my first interstate show in April which should be wild. N then so much new music n announcements coming in 2019. We LOCKED IN!

DROOPO: Plenty more. But you just gonn have to follow my gram to find out! KD4DT.

Be sure to give some love to both Kae and Droopo via their socials below: