EXCLUSIVE: This is PANIA

Since the official launch of her debut single ‘Lotus‘ which was released back in July earlier this year, Melbourne artist PANIA has shown no signs of slowing down.

She’s received radio airtime for both interviews and her music, and even collaborated with some of this city’s most talented collectives, including; scheme. media and PRPL.

With her ongoing success and promising future ahead, TLF managed to chat with PANIA about her love for music, the toughest moments she’s faced as an artist, her single ‘Lotus‘, Melbourne’s music culture, what the future holds and more. Peep our Q/A below:

(TLF) First off, for those who don’t know who is PANIA?
Pania – I guess it’s not for me to say. I exist differently in everyone’s mind. To me, I’m a Westside girl that creates music for the soul. I’ve been doing this music ting since high school & I’ve worked hard & just recently after my first official single release (plug lol) I’ve been receiving love & recognition.

It’s a very slow process but I’m here for the long hall. As most artists do, I used music as an outlet for all my emotions & angst. I find a lot comfort when people hear my stuff and tell me that they can relate or that they felt like I was really speaking about them, or to them, because that’s really why I’m out here. I’m tryna connect and I want people to feel something deep when they listen to me, kinda like a lil heart to heart thru my music.

(TLF) Where does your love for music come from and who are some of your biggest influences?
My love of music has been embedded in me since I was a kid watching MTV, VH1 all those 90’s 2000s music videos.

Some OG influences would have to be Amy Winehouse. There’s just something about the rawness in everything she did that inspired me and shaped me as an artist. Lauryn Hill and everything she stands for, as well as Rihanna for just being a bad ass, fierce woman.

I’m super intrigued by artists who incorporate their whole aesthetic into their music, such as fashion, videos and modelling. That’s what I’m trying to do as an artist, I want to go beyond just making music. I Find that most of my inspiration nowadays comes from 90’s artist like Aaliyah, TLC, Missy Elliot, to name a few, just everything about that era inspires me daily.

(TLF) Congratulations on all your big wins as of late, it’s been super inspiring to watch you grow and develop as an artist!
What’s been some of the toughest moments you’ve faced during your come up?
Wow, thank you. I still have a long-long way to go. My toughest moments, which is more like an ongoing struggle, is being a female artist. Most of my gigs I play, I’ve been the only female act. And as I am so grateful and blessed, it’s a injustice to my fellow queens. As a female artist on the come up, it’s extremely hard to be taken seriously without being compared. People place female artists against each other in comparison, rather than make room for an array of artists, people want to put us in a box and it’s tiring. Though this just pushes me to work harder to create new waves for other females in the industry. I wanna see more queens out here winning. 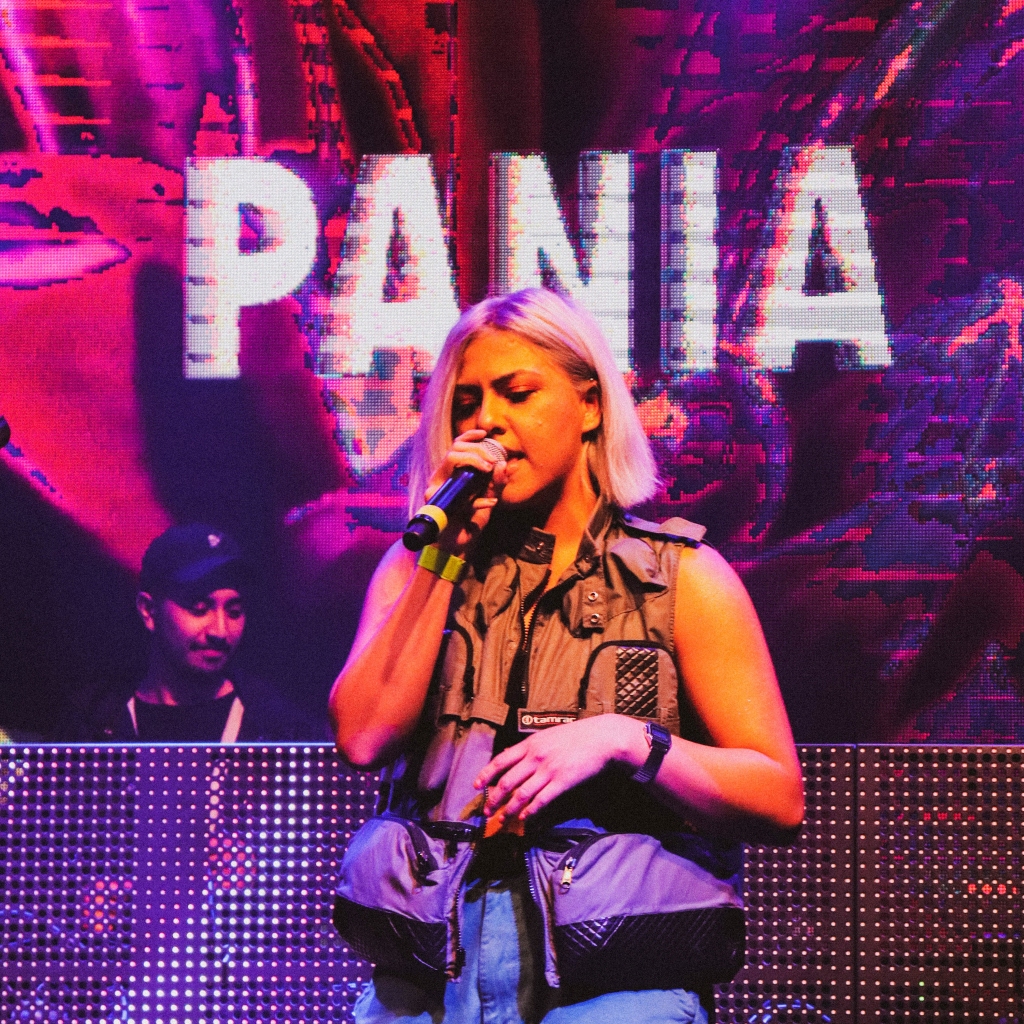 (TLF) We’ve honestly been in love with your single ‘Lotus’ ever since it dropped! What does it mean to you and what was your vision behind it?
Thank you so much. Lotus is my first love & means a lot to me. It marks the start of my career, it marks the first time I saw a bedroom project blossom into something beyond my imagination and thrive.

Lotus is a story about love. It was the way I dealt with the inevitable ending of my first love. The chorus “don’t leave so soon, we still got love to bloom” was the first thing that I came up with & then I wrote the song around that feeling. It was some heavy shit.

(TLF) Also the visuals are just as amazing! What was the process behind bringing them to life?
I worked with an extremely talented visionary & videographer, his name is ‘Jordan Montgomery’. He envisioned the three screen effect & I was obsessed with it instantly. The idea was that each screen was a different mood & they were all moods & feelings or even memories I felt. We shot it all in 3 days, in mostly abandoned locations. A crazy story at the car park location though, we almost got arrested and pepper sprayed by some racist cops that shoot day. It was profiling at its prime. But not to get into too much detail, we prevailed & finished our project & got our results regardless.

CHECK OUT THE VISUALS FOR ‘LOTUS‘ BELOW AND TELL US WHAT YOU THINK!

(TLF) How would you describe the local urban culture here in Melbourne? Are there any things you particularly like/dislike?
Incredibly unique, talented and hidden.

We have such a creative hub here in Melbourne that needs more worldwide attention, and I’m hoping that people like myself are the ones that will connect Melbourne to the rest of the world. I love my city and I think there is so much talent here, I love the drive and visions of my fellow creatives. I dislike how hidden we are, the world need to know Melbourne is where it’s at!!!

(TLF) Finally, is there anything else we should be on the lookout for? Do you have any upcoming shows or new releases coming we should know about?
I will be releasing more singles in the next few months, I’m currently working on tons of new content videos and music so please stay tuned. Also I’m playing some gigs, so stay connected through my Instagram @paniahika or Fb to see where I am!

Thank you for having me, The Local Frequency, much love.