The explosive project comes in the form of a freestyle/remix to Meek Mill’s song with Drake,  which was featured on his recent album ‘Championships‘.

Moreover, the innovative visuals showcase the emcee delivering his bars to camera, while representing the city of Melbourne and hanging with his homies.

WATCH THE VISUALS FOR ‘GOING BAD‘ BELOW AND TELL US WHAT YOU THINK!

Prior to the release, TLF managed to link with Jay Saad and chat about who he is as an artist, the new visuals, plans for 2019, what the future holds and more! You can peep our full interview below:

(TLF) For those who don’t know, who is Jay Saad?
Jay Saad is a Hip-Hop recording artist from Melbourne, Australia. I don’t like to put myself in the ‘rapper’ bracket because I feel like my music can be much more than a rap.

I started recording music just over a year ago, I released a few songs that did some numbers in the USA, but I then took around 8-10 months off working behind the scenes and trying to find my sound. I’ve recorded like 40+ songs and planned on ways to make moves in Australia first before I go international!

(TLF) Who are some of your biggest influences when it comes to making music?
My biggest influence has to be Meek Mill. I grew up listening to his songs since his first mixtapes when I was in high school and still listen to every song of his today. Other influencers that have played a part in my music and helped create my sound is, A Boogie Wit Da Hoodie, Drake, Thugger, Chris Brown, Future, ASAP Rocky and Carti. 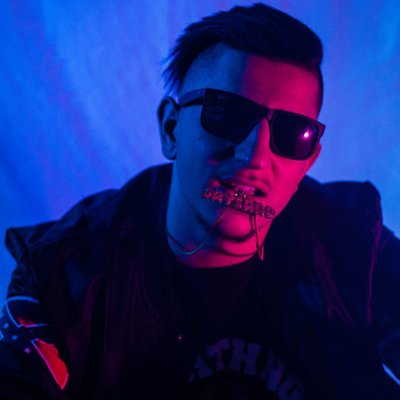 (TLF) Congrats on the release of your debut music video! Tell us, what was the process like behind the scenes and how did it come together?
When the song Going Bad by Meek Mill ft. Drake came out, it instantly became my favourite track. As I started to keep on playing it everyday I felt like it was only right to make a remix to it and really talk my shit. I played it to one of my boys and he thought we gotta make a music video to this in our city and really represent Melbourne, so I bought a camera myself, gave It to him and told him let’s go to the city and record a music video, and so we did.

(TLF) Do you have any more plans for 2019? Whether it be more music, shows, or things we should be looking out for?
Following this release, I am performing for the first time ever, opening for American rapper Icy Narco in Sydney on 25th of April on Anzac Day, so that’s definitely gonna be a movie, and is only the beginning!

Also after this release, I have a crazy diverse range of songs in the vault, from club bangers, to straight raps, to chill RnB, to radio-ready songs, which I’m looking to release one track a week for as long as I can, so keep an eye out for that.

(TLF) Looking forward, what do you hope to achieve with your music? What’s your vision?
People ask me what I’m gonna do when I reach the top, I tell them I’m going to get a ladder and put it down for everyone else to climb up on. I really wanna show the world what Australia has to offer because I’ve seen way too much underground talent for it to go unnoticed, and I’m really gonna represent and put us on the map.