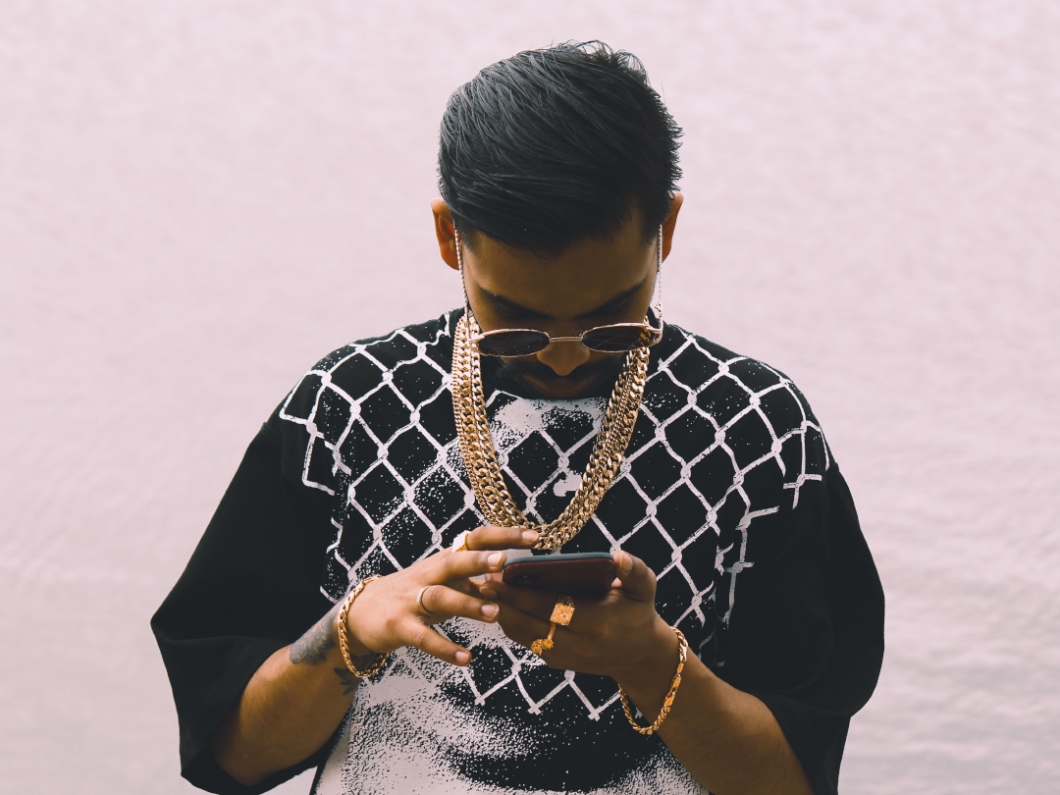 After recently founding his own label Feed The Fam Records in partnership with US music distributor UnitedMasters, Perth-based emcee Figuero Jones has shared his first official release for 2020 with an 18-track project titled ‘BAND$DEMIC‘.

The mixtape comes as Figuero’s most collaborative body of work to date, as it enlists an array of talented acts from Western Australia; such as Gamirez, Mornz, Nabiiou$, 9ines and Mali Jo$e.

Like a phantom in the night, ‘BAND$DEMIC‘ offers mordant melodies and intoxicating flows which are flawlessly layered over chilling cinematic soundscapes (courtesy of ErikiBeatz, AudioEscobar and CastleMania).

With a solid list of notable achievements under his belt already, including the accumulation of 1.7M streams on Spotify alone. Figuero Jones is quickly becoming familiar with the spotlight and has garnered co-signs from the likes of Life Without Andy, MTV, and received praising reviews from Complex AU, Triple J, Spotify and Apple Music.

Recently, TLF was blessed to connect with Figuero Jones to learn more about him, his influences, if COVID-19 has affected his music, plans for future releases and more!

Check out the full interview below:

First off, for those who aren’t familiar, who is Figuero Jones?
Figuero Jones to me is the true me, it’s the part of me that hasn’t been compromised by my environment, consequences or reality. Figuero is my heart and soul, my expression and identity.

Who are some of your biggest influences?
Future, Drake, Thugger, Lil Wayne, 50 Cent and of course Jay-Z. I get everything I need and want artistically from them.

Tell us about ‘Chief Spinner‘, what was the process in bringing that track to life?
Chief spinner is just me showcasing my skill and versatility on a track, it’s a celebration and an acknowledgment to the hard work I’ve put in. honestly, it just gave me life, so I knew I had to bring to life aha.

Where do you draw inspiration from when it comes to creating?
Everything. there’s literally no limit on what contributes to my music, but I would say mostly it’s this journey based around myself and the mandem. Shit we go through and how we get through them really inspire me.

What would you say is the main takeaway from your project ‘BAND$DEMIC‘?
One thing to take away from this tape would be that this is just me having fun and feeding the fam with straight bangers and vibes.

Have these strange times been affecting your creative process and the ability to make music?
They haven’t affected shit, this is what I do. I go in the studio and just make music like it just comes I don’t be searching and forcing it.

Once all these COVID-19 lockdowns brush over, what are you most excited about doing again?
I’m excited to get out on the road and start getting these cheques! Aha nah but I really do miss performing and touring, so we headed straight for that when all this is over.

Looking forward, is there anything else we can expect to keep and eye out for in the second half of 2020?
I got like 2 more tapes lined up, imma just see how this tape plays out and get busy with the next one. I got a few more MVs to put out, but after we run it up; we gon’ definitely drop plenty more.

Though to be honest, I’m more excited to see how the team grows from here on. I’m more focused on my family/team and how I see it is that if my team is eating good then I’ll be doing the same.